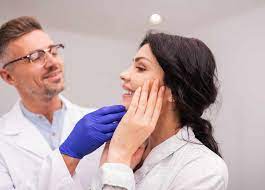 A brief survey of vocabularies, encyclopedias, treatises on the history of medicine, histories of medical thought, etc. is enough to realize, with respect to surgical aesthetics, an embarrassment, a modesty, but also a historical difficulty.

If by plastic surgery we mean

If by plastic we mean the surgery that reconstructs the skin surface mostly for aesthetic purposes, even in this case (think of burns, abrasions, accidents, etc.) there is no embarrassment because there is again a strong ethical-scientific justification.

But if we mean a plastic surgery deliberately used for aesthetic purposes, that is, without clinical justifications (for example, to repair the damage of aging), then the embarrassment, at least in the books, is evident.

Of course there are exceptions which, however, are expressly dedicated works

Such as those which, even recently, have dealt with the history of cosmetic surgery (Ghigi 2008). In the vocabularies there seems to be a lack of justification, as if the care of beauty were not a value equal to that of the cure of diseases.

But while diseases shorten the duration of life, aging seems to lengthen it, as if it were a ‘chronicity’, however, with a bad outcome. How many people are there who consider aging to be a chronic disease (ie of time) and who intend to treat it as such through surgery?